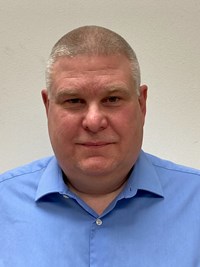 The department is committed to protecting the safety and property of persons by the prevention of juvenile delinquency, adult crime and related family dysfunction with a goal to increase every client’s personal resilience with maximum effectiveness at reasonable cost. The department promotes public safety by assisting in judicial decision making, providing effective supervision of probationers sentenced to community supervision by the courts, and giving crime victims both a voice and financial remuneration through the disbursement of restitution.

It's easy, all you need is your credit card or debit card.

You can pay restitution, fines, and fees. Please be sure to use the Pay Location Code 5003.

Probation Officers meet regularly with all probationers to review the probationer’s compliance with the Conditions of Probation specified by the sentencing court.  The goal of probation is to protect the public and facilitate provision of services toward the goal of rehabilitation of the offender. Probation conditions vary from case to case and are designed to be specific to the rehabilitation needs of the offender; examples include attendance at substance abuse or mental health treatment, abstinence from drugs and alcohol, urine testing and payment of restitution to the victim.  A probationer who fails to abide by any of the Conditions of Probation may be returned to their sentencing court and may be resentenced to any sentence allowable for their original conviction.

One of the primary functions of the Tioga County Probation Department is to complete court ordered investigations of those individuals whose cases are before the County Court or any of the 15 Justice Courts located in the County for sentencing. The department also completes investigations for other NY County Probation Departments, if the defendant resides in Tioga County.  These investigations, and resulting written reports, provide the court with information concerning the person’s legal history, family/education/employment background, mental and physical health, treatment history and needs as well as the impact on the crime victim.  Included is a comprehensive analysis of the above, along with recommendations which consider the needs of those before the court, community protection, and sentencing options prescribed by law.  The report assists Judges in making decisions about the disposition of a case.  In County Court, and in some Justice Courts, investigations are ordered prior to conviction and are used in plea negotiations by the defense, the district attorney, and the court. These reports are called Pre-Plea investigations.  As part of the investigation process, all adult defendants are assessed using COMPAS. The defendant questionnaire for the COMPAS assessment is linked below. For defendants charged with a drinking and driving offense, all adult defendants are assessed using DRI-II. The defendant questionnaire for DRI-II is linked below.

PreTrial Release- The function of Pre-Trial Release Program is to reduce the local jail population by orchestrating the release of local un-sentenced inmates who are thought to have a high probability of appearing in court.

Community Service - This program has a primary goal of providing the judicial system with a sentencing alternative to local jail incarceration.  Defendants who would be sentenced to jail are given the opportunity to remain in the community, maintain employment, and, as an alternative to incarceration, provide unpaid work services to non-profit or government agency.  Participants in the community service program are sentenced to complete hours via a condition of probation or a conditional discharge.

Weekend Work Program- (WWP)  In 1991, a special ATI program was developed when the Tioga County Probation Department began coordinating services with the Sheriff’s Office to operate the Weekend Work Program (WWP).  This program consists of a work crew supervised by a Corrections Officer from the Tioga County Sheriff’s Office.  That department plans and coordinates specific work projects for various Tioga County departments, municipalities, and non-profit organizations.  The Tioga County Probation Department schedules the defendants who participate in the Weekend Work Program and keeps the courts appraised of compliance with orders. The program runs only on Saturdays and Sundays from the hours of 8:00 am to 4:30 pm. Participants are transported by a Corrections Officer to the work site and monitored. Participants are not in the custody of the Sheriff, they are covered under the County’s Workman’s compensation. Participants must report to the Sheriff’s Office for pickup by 7:45am.

Electronic Monitoring- this program allows defendants who are being considered for a jail sentence, to be ordered to wear an ankle monitor that tracks their whereabouts via GPS.  Defendants may also be given a schedule with set curfew times for when they must be in their residence.

Youth are referred to the program when law enforcement issues a youth, who is between the ages of 7 and 15, a Juvenile Delinquency Appearance Ticket for behavior, which if the youth were an adult, would constitute a misdemeanor or felony crime. The youth and parents/ guardians appear at the Probation Department at the designated time and a Probation Officer reviews the juvenile justice system with the parties. A description of diversion services is provided and the youth and parent/guardian are given a choice to participate, if they qualify. Diversion is a time limited program, the Family Court Act allows for 60 days, with one extension of 60 days for a maximum of 120 days. By policy, some youth are excluded from diversion services as treatment needs cannot be met during the 120 day time limit (youth with sexual offending behavior, serious mental health or substance abuse treatment needs). In essence, Diversion is a contract between Probation and the youth.

The Family Court Act provides for Family Court to direct Probation to prepare written investigative reports that contain a youth’s legal history, family/education/employment history, mental and physical health, treatment history and needs, and impact upon the victim, with analysis of this information and disposition recommendations that consider both the needs of the youth before the court and community protection. As part of the investigation all youth are assessment using an instrument called YASI/Caseworks.

For respondents whose case proceeds to Family Court, some are adjudicated either a Person in Need of Supervision (PINS) or Juvenile Delinquent (JD) and the Court may order the respondent placed on Probation and supervised by a Probation Officer for a period of up to two years for a JD and one year for a PINS. The Family Court can extend the supervision period under specific circumstances.

A Probation Department member facilitates the Youth Assessment Team (YAT) a multidisciplinary team made up of representatives from: Probation, Social Services, Mental Health, Glove House, A New Hope Center, SPOA, MST, with school and law enforcement representatives as needed. The team reviews cases that have potential for placement outside the family home, prior to a recommendation being made to the Family Court.

Tioga Probation offers two alternatives to detention programs for Family Court. The first allows a court to order a youth placed on electronic monitoring as an alternative to sending the youth to detention. The GPS enhanced ankle unit reports are monitored by a Probation Officer.

The second program is for youth before the Court, Probation provides a reminder call program to remind youth and parents of upcoming court dates and times.

Probation assists crime victims by requesting victim impact statements from victims when the Department is completing a Pre-Plea or Pre-Sentence investigation. This document allows the crime victim to share with the sentencing court the impact the crime had on them both financially and emotionally. The victim can request the court order restitution to reimburse the victim for their financial losses. Probation informs the court of the victim’s statement and if restitution is ordered, works with the offender to ensure the court ordered restitution is paid. If ordered, restitution is typically paid at a monthly rate by the offender to the Probation Department. Probation then disburses these funds to the victim or victims as they are received.

Sometimes the plea agreement calls for restitution to be paid as a civil judgment. Civil Judgments are on file at the Tioga County Clerk’s Office and act as a lien on any real estate owned by the defendant. Civil Judgment orders are worded differently, some direct payment be made via the Probation Department, so direct payment be made directly to the victim of the offense.

PEL Memo Regarding the Directory and Availability of Liaison Dec 4RM.PDF
PDF, 216 KB

Links to Other Agencies

Below are some links to other agencies that may be of interest to visitors of this webpage.